Sometime in September Miss Tobi sent me the tweet congratulating me on the nomination.

It was the first I heard of it.  As it turned out, I’d been nominated in the ‘Best Radio Personality’ category for the 2012 Black Entertainment Film Fashion Television and Arts Awards (BEFFTAs).

I was shocked.  As in ‘stunned, but very pleasantly surprised’.  Pretty much the very same reaction I had when my first-ever nomination came in for the same category in last year’s BEFFTAs.

I didn’t win of course, but – cliché time – it felt fantastic just to be nominated.

To put this into some sort of context, I’d only been doing radio for about two years when that first nomination came in…

What makes this whole thing special for me is the fact that I’m nominated in an ‘open’ category, not a ‘Gospel’ one…

And yes, while that might (possibly) sound like a contradiction in evangelical terms to some people (do refrain from hurling your stones of righteous indignation, and leave them in their pouches a minute longer), from my point of view it means I’m being assessed via the same yardstick as people in mainstream radio – from places like the BBC and Choice FM, to mention just two.

To me that’s a good thing.  It means that what we do (I use the collective term because I’m but one of a huge number of people in Christian media doing this) is increasingly becoming accessible outside of church circles.

This 2012 nomination is also extra special specifically because two other people nominated in the same category (in Dave P and Nage) are from my station, Premier Gospel, which itself is also nominated in the ‘Station of the Year’ category.

Dave has been doing this for a fair while (try 20+ years). 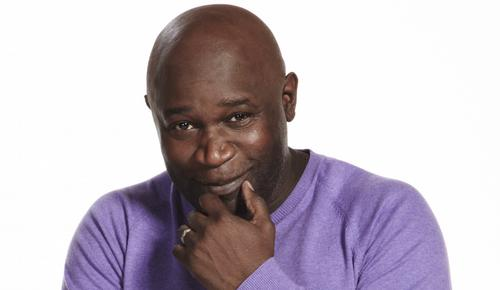 His radio experience is formidable, and he possesses a deep understanding of both Christian and commercial radio.

You don’t get to grow your audience on an overnight show (2-4 am, total graveyard shift territory) in a specialist format (Gospel music) on a key mainstream station (Choice FM) without doing something right in the highly competitive mainstream radio sector.

That’s precisely what Dave achieved with his most recent RAJAR figures on his Choice FM show, ‘The Soulful Sounds of Gospel’.

Nage is simply an incredible radio presenting and production talent.

We presented ‘The Gospel Breakfast Show’ together for the first 18 months or so of its life on Premier Gospel.

She’d done a bit of radio before, but the show was my first-ever radio role.  I cannot tell you how much I learned working with her.

Watch that space.  That lady is going to go very far.

So here’s the funny thing: you know that high-horse, altruistic thing many of us offer when deep down inside we daren’t believe something incredibly awesome will happen with a project we’re working on..?

Anyway, as you’ve just read: it kicked in.

But immediately after that, I suddenly got the urge to go mad on a ‘vote for me’ campaign!!! I mean, why not? I’ve got a few friends on Facebook and Twitter – I could make a decent go of it!!!

Seriously, why not??? That’s gotta be good for the gospel, right?

But: if I win, I become the proud owner of a shiny new gong – and more importantly – I also benefit from all the attendant publicity it could bring my way…

I mean: that’s gotta be good for the gospel – right?

Lots of questions, even fewer answers.

Make Its Own Way

Ultimately, I’m happy for my work to speak for itself.  I’m a massive believer in the fact that if the work is any good, it’ll make its own way.

If it doesn’t, I’m quite content with the fact that I gave it a go anyway.

Most times, that’s enough for me.

By the way: voting has closed 🙂