The invitation to record with BeBe & CeCe came as a result of Nu Colours’ appearance on the One Voice album, which has just been released. 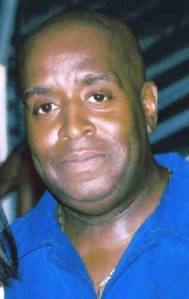 The group re-formed specially for the One Voice album, on which they co-wrote and recorded the song ‘All Over the World’ with husband-and-wife team producer Warryn ‘Baby Dub’ and Erica (one half of Mary Mary) Campbell.

“About four weeks ago, we had a call from Warryn,” said Lawrence Johnson (pictured), who is both a member of Nu Colours and one of the executive producers of the One Voice album.

“He asked if we could get together and record a track for BeBe & CeCe’s new album.  This is what the One Voice project has been about – creating relationships between artists.”

Buy the One Voice album on the Survivor website

George Luke is a London based freelance journalist and radio producer.